In her book, The School of Darkness Bella V. Dodd illustrates why our educational system is high on the Communist’s radar 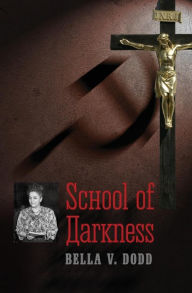 The Communists have taken away access to a “rounded education”. This type of education is the training of the will as well as the mind.

A mere accumulation of information, without a sound philosophy, is not education.

An Inside Look At "Soviet America" From The School Of Darkness

The key to the mental enslavement of mankind is to make man into nothing so that he operates as part of what is considered a higher intelligence. He then acts at the will of that higher intelligence all the while having no awareness of the plans that it has for utilizing him.

Communists prepare a country for revolution by enlisting the unattached people. Those who have little to lose are the first to capitulate to organized excitement. Bella was exposed to many people who were important factors in preparing students to accept a materialist philosophy. Dodd says that these people “did little for those who were already so emptied of convictions that they believed in nothing. These could only turn their steps toward the great delusion of our time, toward the socialist-communist philosophy of Karl Marx.” 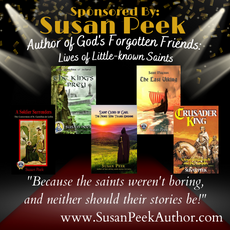 As a member of the Communist party, Bella Dodd helped pay particular attention toward pushing federal aid into the public-school program. The Communists were carefully prepared during meetings with societies such as mathematics and modern-language associations, and those composed of professors of physics, history, and social studies.

At the end of conventions, the Communists would return with lists of names of men and women who would go along with them.

“These names were given to the district organizer of the Party in the locality where each professor lived. The organizer would visit and try to deepen the ideological conquest by flattering his victim, disclosing to him new vistas of usefulness, and by introducing him to an interesting social life. The methods were many; the end was one — a closer tie to the Party.”

The Communists placed its forces at teachers’ disposal because the teachers were the vanguard holding the line in defense of the Party. The teachers touched every phase of Party work. In Party education, they gave their services for free. Teachers performed invaluable services as they provided the Communists with thousands of young peoples’ contacts. Generously helping finance Party activities was the crown to all the support teachers gave to Communist Party.

The plan was that when communism came to America it would come under the label of “progressive democracy.” “It will come,” said one Communist, “in labels acceptable to the American people.” Plans were made so Marxist adult education schools would have a patriotic look. “The patriots of the American Revolution and of the Civil War were to be given a new sort of honor — a Marxist status.” These new schools were given names like Jefferson School of Social Research, Abraham Lincoln School and John Adams School. These schools were to play their part in the revolution that was to destroy America.

Bella V. Dodd clearly spells out the Communist infiltration of the educational system in America. Our educational system is high on their priorities because through it they can deprive Americans of well rounded educations. Students graduate with a poor concept of history, little exposure to literature and they are deprived of religion. Students are mentally enslaved. They are taught to think that man is nothing. He acts at the will of an intelligence which is bent on destroying the land of our birth.

I spent my entire 11th grade history course studying Communism. I read The Naked Communist alongside 1917. I finished the year with School of Darkness and He Leadeth Me.

The School of Darkness was easy to read and was written as a story. You start with Bella's childhood, wander with her in her confused years and are just as pleased with her conversion as if she were a real friend. She uses the book as a means to share with the future of America what Communism really is and how it plans America's destruction.